The Dissolution of Monasteries

The current volume of University of Southern Denmark Studies in History and Social Sciences offers a comparative approach to the study of the dissolution of monasteries in Scandinavia. In a Northern European context the Danish reformation has often been portrayed as uncompromising, and yet the dismantling of the monasteries in Denmark was neither easy, nor a fast process. The last Danish monastery was not closed down until 1621. In other words, the central question is why it took so long? 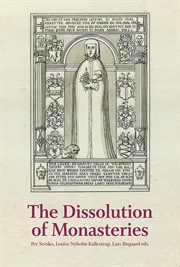 Theologians of Wittenberg were clear on the matter of the monasteries. As a consequence, the task of closing them down was transferred to lay authorities. The process was further complicated by close relations between monasteries and princes and noble families, whom had often contributed in establishing the monasteries. Power balances among these parties changed over time and they varied depending on state and government. Religious orders equally played a part in this process. Despite the many differences, more general patterns can still be traced.

This volume addresses the above themes of variation and general patterns. The essays are authored by scholars from a number of disciplines and nationalities and are based on a wide range of sources. They are the outcome of an International conference held at the Centre for Medieval and Renaissance Studies, University of Southern Denmark to mark the 500th Anniversary of the Reformation.